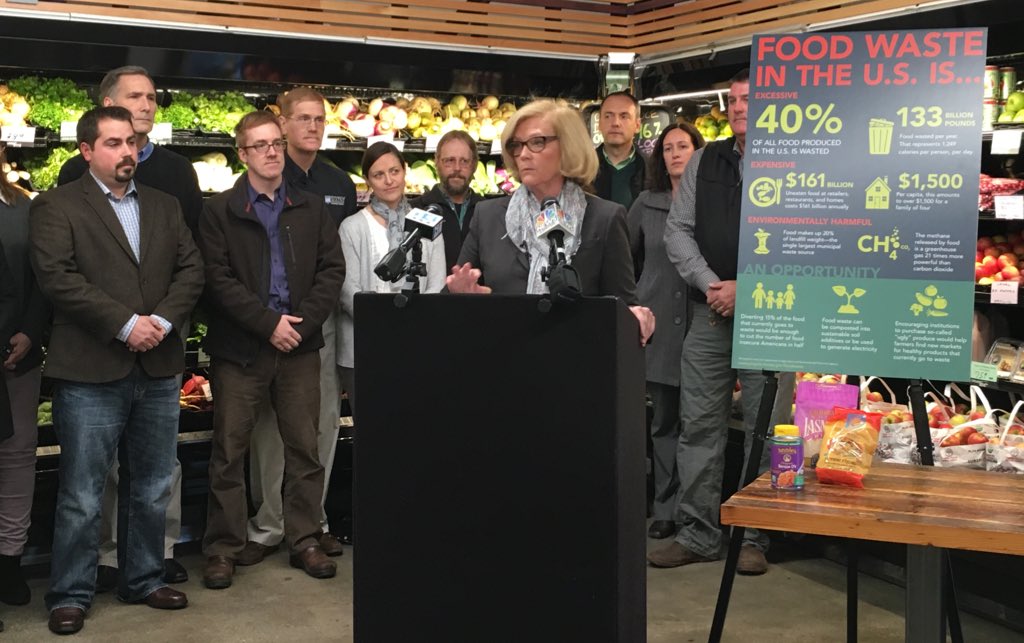 Yesterday marked a critical pivot from good intention towards action in our nation's pursuit to waste less food: Congresswoman Chellie Pingree introduced the Food Recovery Act to Congress. With almost two dozen provisions, the bill has the potential to radically reduce the amount of food wasted across the economy.

It's been an exciting fall in the world of food waste. In September, both the Obama Administration and the United Nations adopted ambitious targets to cut food waste in half by 2030. Last Friday, the G20 launched a Technical Platform to aid in the effort. And now, the Food Recovery Act goes beyond commitments to offer specific actions and policies that the U.S. can adopt now to significantly cut back on the amount of food wasted.

There are about 20 more provisions to check out as part of the actual bill, which, along with updates, you can see here.

I congratulate Rep. Pingree on showing leadership by putting the Food Recovery Act forward. If enacted, it will certainly make a real dent in our food waste footprint. Now, she'll need all the support she can get to drive some movement through Congress, particularly in an election year!