We’ve selected a few images that represent significant changes for Latin American society and nature in 2018. We hope these images mark a turning point, offering a moment of reflection on where we are and what we can aspire towards in the coming year of climate action. 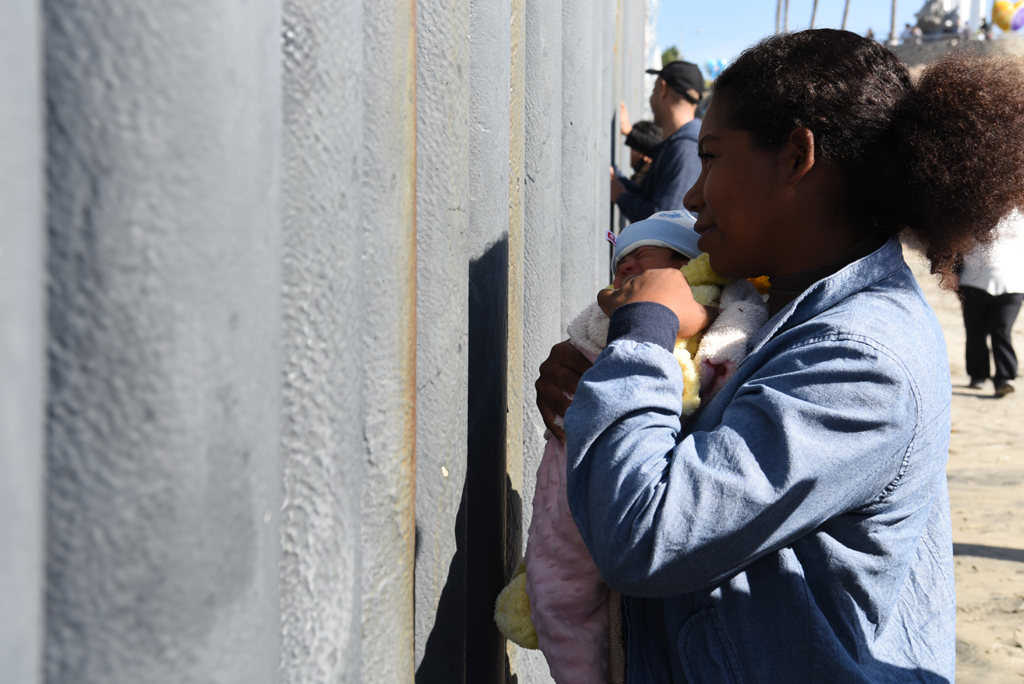 A migrant stands with her baby in Tijuana, Mexico, alongside other asylum seekers. She gazes into the United States through the steel barrier separating the two countries. Experts believe climate change is one of the causes of recent migration from Central America to the United States. Latin America is considered one of the most vulnerable regions to climate change—a new report by the World Bank expects to see millions of climate refugees in the region by 2050. Daniel Arauz / Flickr. 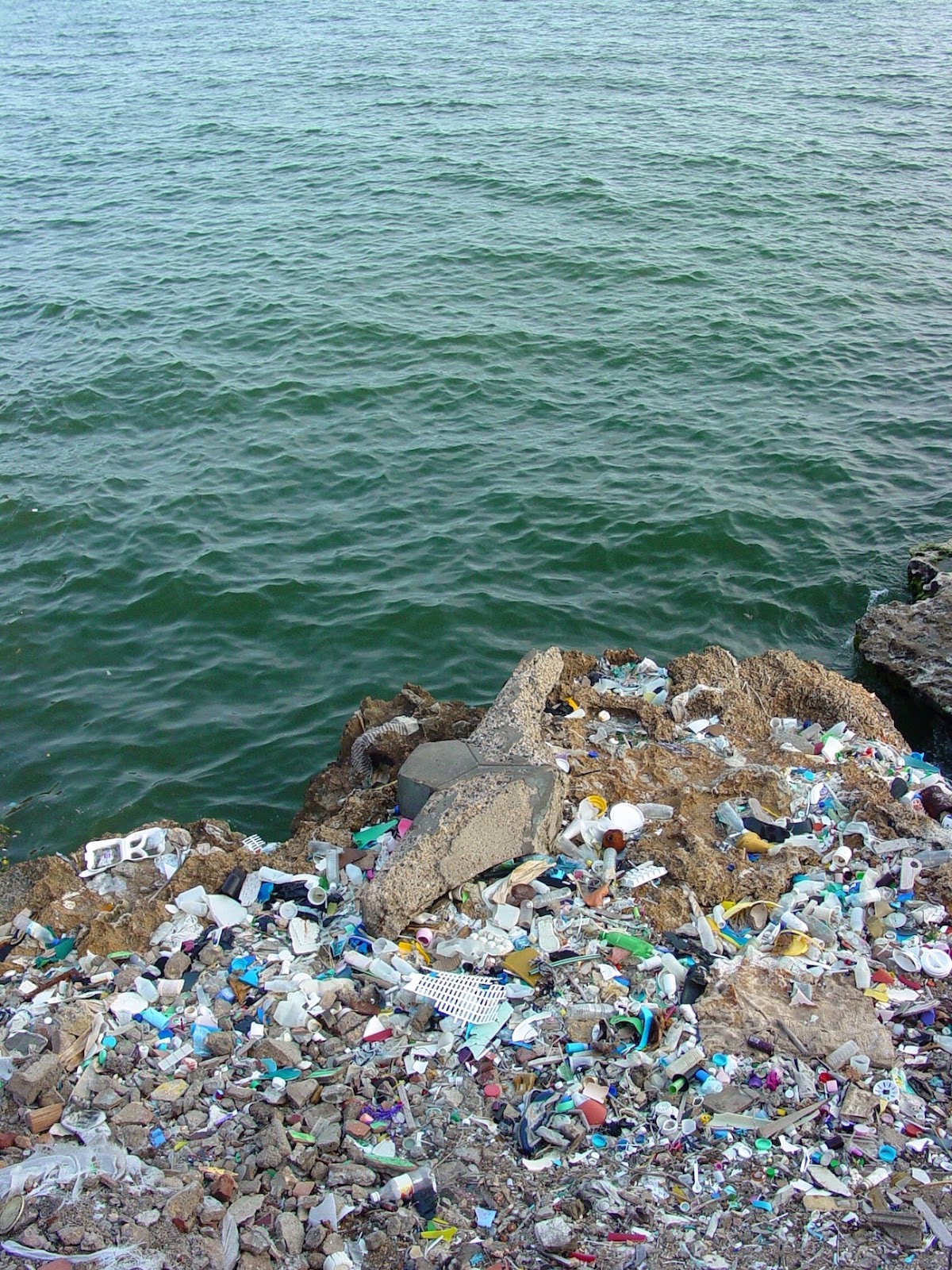 Waves of trash crash over the Dominican Republic. Images like this one shocked the world and galvanized campaigns from Mexico to Chile to outlaw plastic bags and limit the use of plastic straws. Adam Jones / Wikimedia Commons. 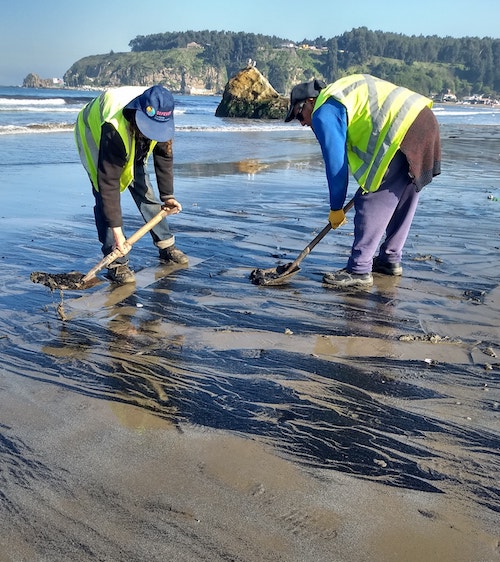 Workers clean up coal residue on the beaches of Quintero Puchuncaví in Valparaiso, Chile. Quintero Puchuncaví is one of five so-called “Zones of Sacrifice” where all of the country’s 28 thermoelectric coal plants are concentrated. Thousands of people, including celebrities, have joined a campaign called #ChaoCarbon (goodbye coal) to push for the closure of Chile’s thermoelectric coal plants by 2030. Photo by Mujeres de Zona de Sacrificio Quintero - Puchuncaví en Resistencia.

This photograph offers a rare glimpse of the shy Vaquita Marina, a species of porpoise native to the northern Gulf of California in Mexico and the world's most endangered marine mammal. Fewer than 30 Vaquita Marinas remain, down from 600 in 1997. Both the U.S. and Mexico are working on innovative ways to protect this endangered porpoise from the fishing gillnets that ensnare and kill the unsuspecting mammal. Paula Olson / U.S. National Oceanic and Atmospheric Administration (NOAA). 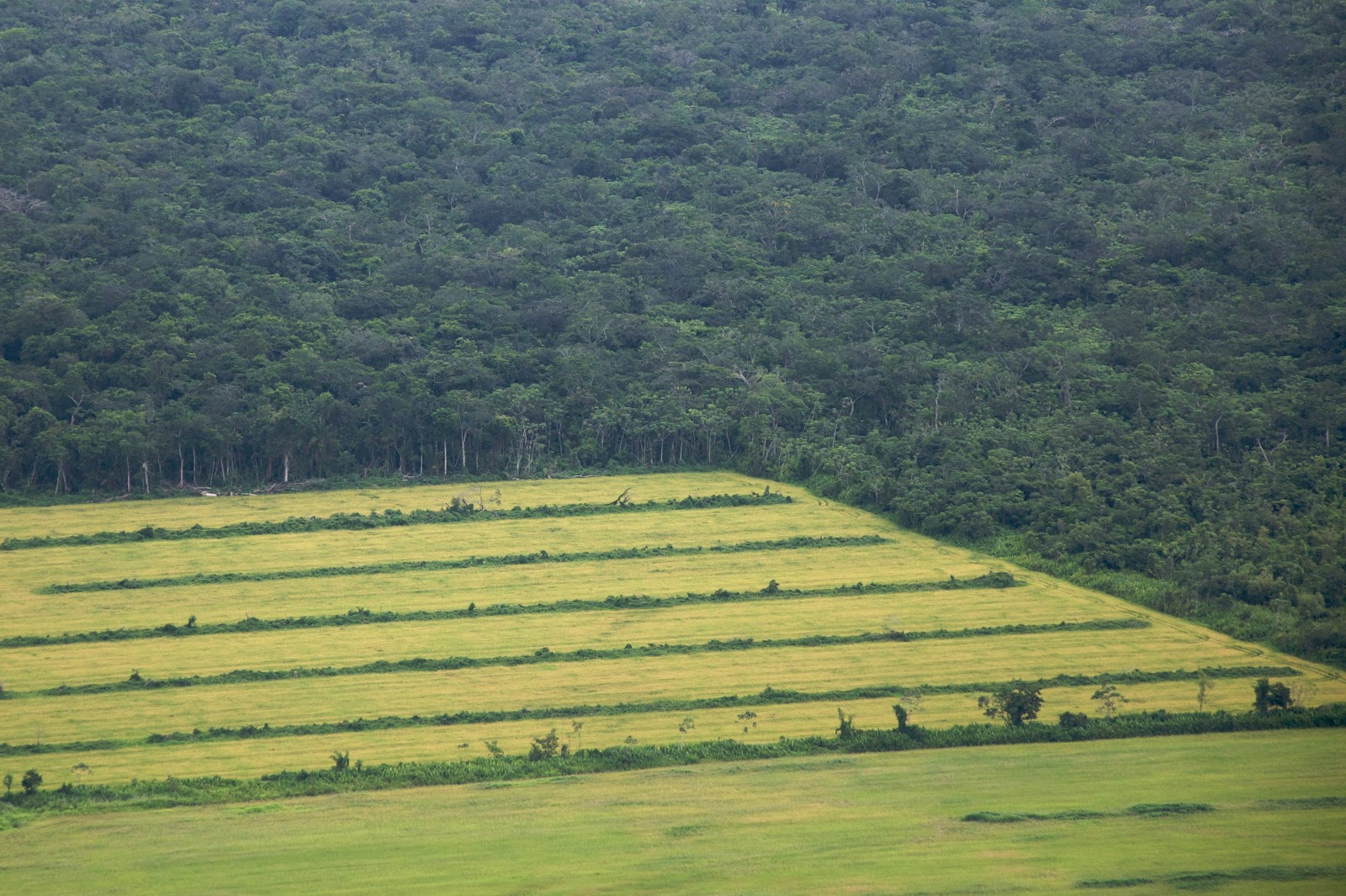 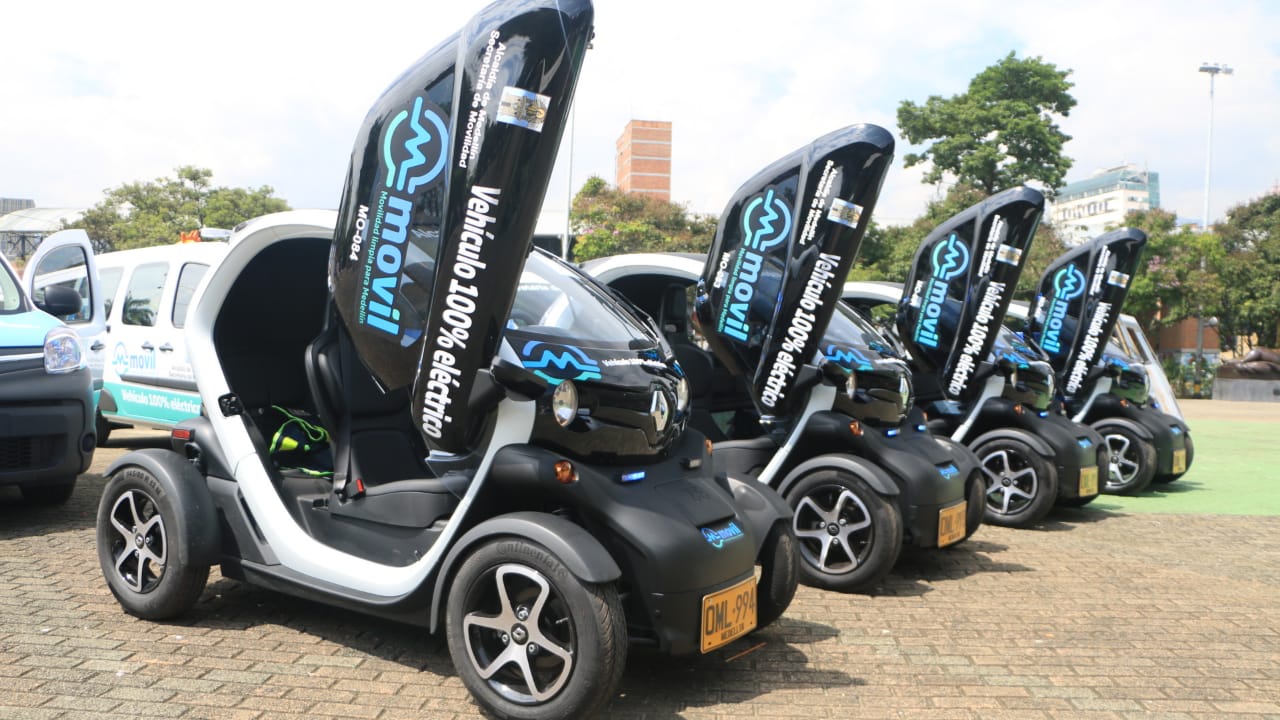 From 500 new electric taxis in Medellin, Colombia, pictured above, to the introduction of 100 electric buses in Santiago, Chile, the region experienced major growth in clean transportation in 2018. Latin America’s vehicle fleet is expanding faster than anywhere in the world and could triple over the next 25 years, presenting significant opportunities for electric mobility expansion. Secretary of Mobility of Medellín / Flickr. 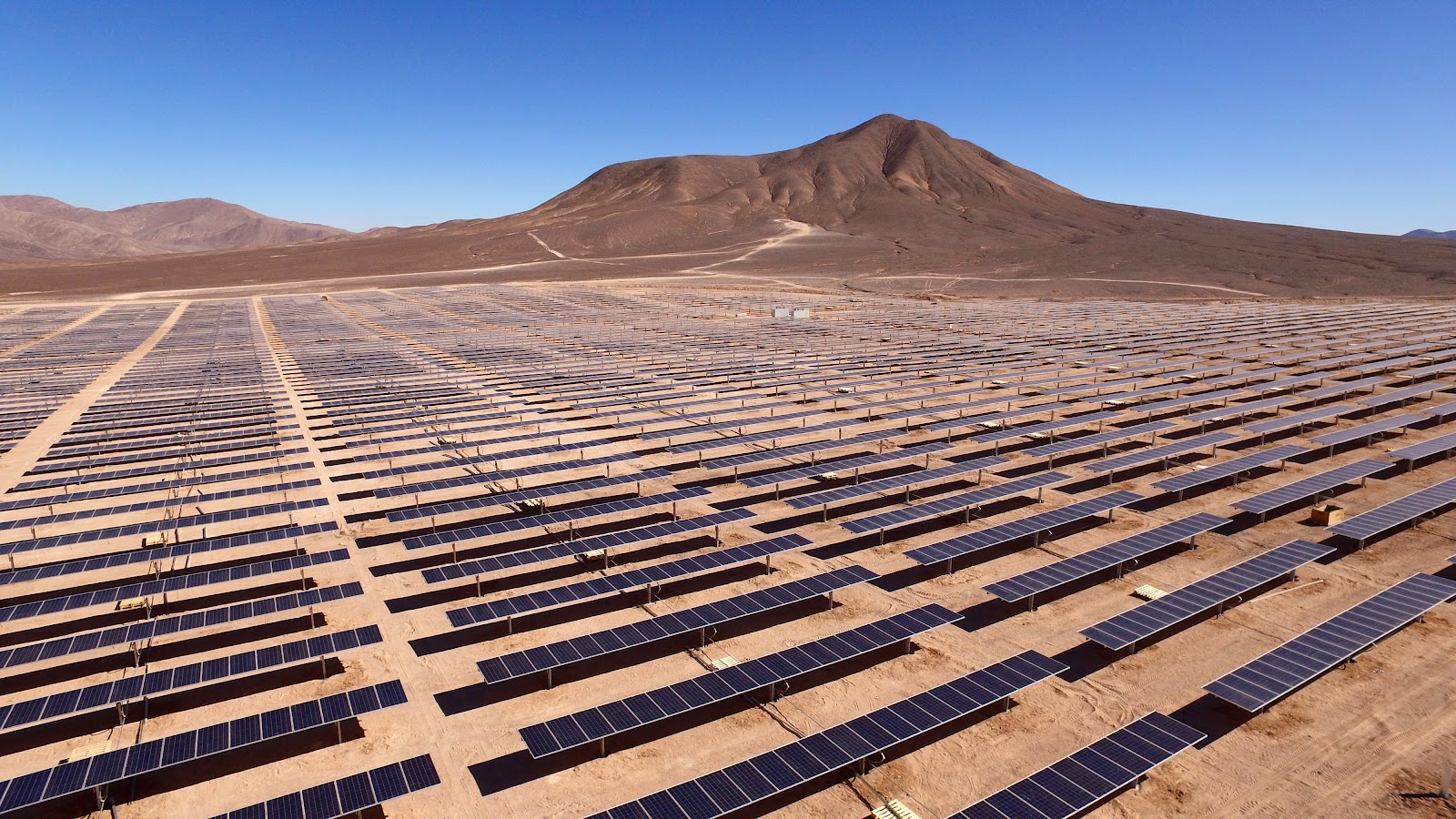 Chile was ranked the top country for renewable energy investment by Bloomberg’s Climatescope. This is timely given the current push to phase out coal by 2030. This picture was taken in Antofagasta, Chile.
Antonio Garcia / Unsplash

The year was filled with both somber moments and occasions for hope. This compilation of images highlights the importance of safeguarding the region’s rich biodiversity and building resilience to protect vulnerable populations from the effects of climate change. The last two photos are important reminders that the technology and commitment for de-carbonization exists—it is our responsibility to ensure that the momentum for climate action continues into 2019 and beyond if we want to avoid the most catastrophic effects of climate change.

Andrea Becerra recently graduated from The Fletcher School at Tufts University with a Masters in International Environment and Resource Policy and Integrated Water Management. She is a consultant for NRDC focusing on urban and rural water management issues in Latin America.