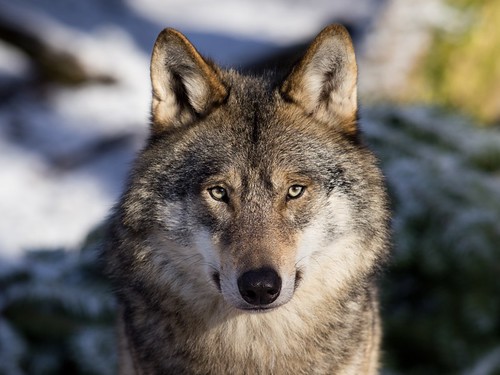 There have been numerous recent developments in the world of wolves and wolf recovery. Several months ago, a federal court returned Endangered Species Act protections to Wyoming wolves--largely due to the state's inadequate management plan, which, among other things, allows wolves to be killed across approximately 85% of the state at any time for any reason. Then, last month, a judge ruled that the U.S. Fish and Wildlife Service cannot remove Endangered Species Act protections for wolves in the Great Lakes states. (NRDC was part of the litigation in Wyoming, but not in the Great Lakes.) This means that wolves are once again federally protected everywhere in the lower 48 states, except in Idaho and Montana where federal protections were lifted by Congress in 2011.

This is not where the U.S. Fish and Wildlife Service intended to be when they proposed in 2013 to strip Endangered Species Act protections from wolves across the entire lower 48 (with the exception of Mexican wolves in the Southwest)--despite the rule being based on faulty science. They would have been much better off had they prepared a singular, comprehensive recovery plan for wolves in the lower 48--something they have NEVER done. NRDC has long called on the Service to prepare a national recovery plan, even sending them a petition in 2008 along with Defenders of Wildlife. Since then other groups have also filed similar petitions. The Service, however, has denied these petitions and instead they have tried to remove populations of wolves--one by one--from the broader national listing only to have this approach rejected by the courts.

As the latest federal court rulings make abundantly clear, it is now time for the U.S. Fish and Wildlife Service to finally do what they should have done all along: prepare a national wolf recovery plan. This does not mean recovering wolves everywhere in the U.S., but it does mean coming up with a plan for what recovery looks like for wolves as a whole--not just for isolated populations. As we have repeatedly pointed out, true recovery should allow for wolves to recolonize areas within their historic range that still have suitable wolf habitat (i.e., the central Rocky Mountains and the Northeast).

Preparing a national recovery plan does not mean starting from scratch. Nor does this have to mean further conflict with people. We now know that in those places which can support wolves, there are proven ways to let people, livestock and wolves coexist. Wolf recovery has already made great progress. By taking a unified approach to wolf recovery, the U.S. Fish and Wildlife Service has the opportunity to write the final chapter on one of their greatest successes--and this time, get it right.