Polluted runoff from rainstorms – which wash oil and grease, animal waste, toxic chemicals, fertilizer, pesticides, and litter off of roads, parking lots, rooftops, and lawns – fouls more New Jersey waters than any other pollution source.  From Barnegat Bay to Raritan Bay, the Delaware River to the Millstone River, the Pinelands to the Highlands to the Meadowlands, this pollution contaminates rivers, lakes, beaches, and bays across the state.

As of 2010, New Jersey had identified an astounding 14,000 miles of rivers, more than 28,000 acres of lakes, reservoirs, and ponds, nearly 200 square miles of bays and estuaries, and almost 450 square miles of ocean and near coastal waters, where polluted runoff made the water unsafe for fishing, swimming, boating, drinking, or other uses protected by state and federal law.  The state reported that, of all of the waterways it assessed, 90% of river and stream miles, 95% of the surface area of lakes, reservoirs, and ponds, 89% of the area of bays and estuaries, and 100% of ocean and near coastal waters flunked the state’s clean water standards.

New Jersey is particularly vulnerable to polluted runoff because it is the most densely populated and most urbanized state in the nation.  What was once a huge swath of undeveloped land that played a vital role in absorbing rainwater has now been largely paved over, substantially altering the natural water cycle.  The result: damaging floods that have become an all-to-common occurrence in recent years, and year-round pollution of the waters New Jersey residents rely on for drinking water and recreation.  These problems will only increase as development continues, and as climate change brings increasing and more intense rainfall in the region, unless we take action now to reverse current trends.

Today, NRDC and a coalition of eight regional environmental groups called upon New Jersey to use common sense measures – already widely used elsewhere in the country – to clean up its act.  We filed a formal petition with the state’s Department of Environmental Protection (DEP), calling for updated rules to keep polluted runoff out of the state’s waters.  DEP has a historic opportunity right now to modernize these rules.  The current standards, embodied in Clean Water Act “municipal stormwater permits” issued in 2009, are currently due for renewal.

Now is the time for New Jersey to fully embrace green infrastructure solutions – like rain gardens, roadside plantings, green roofs, and permeable pavement – which stop rain where it falls, and store it for other uses, allow it to evaporate back into the atmosphere, or let it filter into the ground, where it can nourish green space and replenish groundwater supplies. This prevents it from picking up pollution from paved surfaces and polluting the state’s waters. 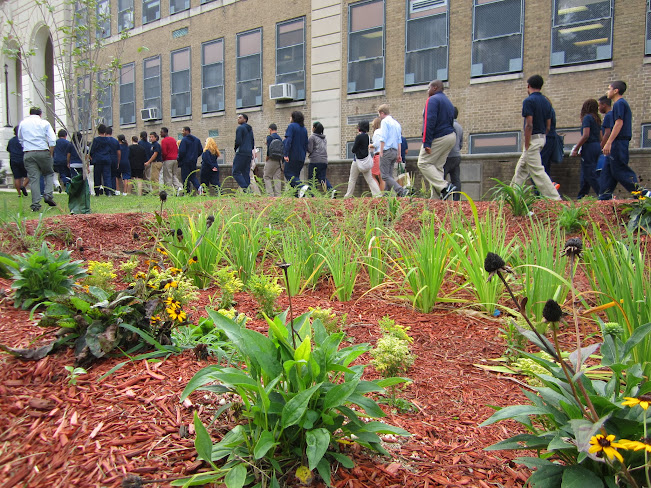 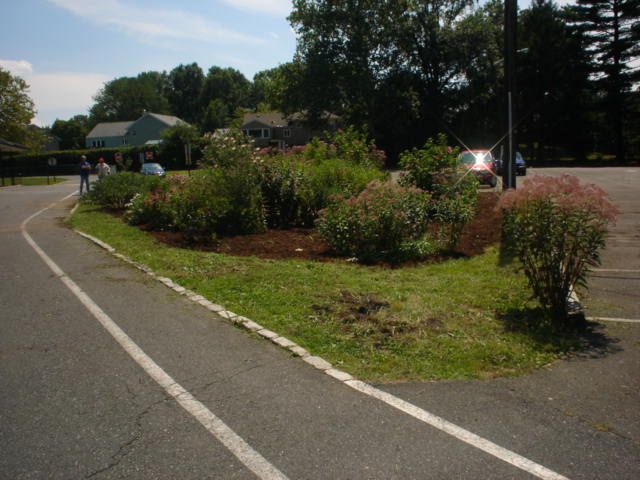 Many communities around the U.S. – including New York and Philadelphia, right in New Jersey’s backyard – are making major investments in green infrastructure as a cost-effective solution to stormwater infrastructure problems.  What’s more, these communities reap the added benefits of beautifying neighborhoods, cooling and cleansing the air, reducing asthma and heat-related illnesses, reducing energy demand for heating and cooling, and creating “green-collar” jobs.  And these solutions can provide millions of dollars in benefits to individual property owners as well.

In December, NRDC shared with the New Jersey Clean Water Council – an advisory body to DEP – an analysis of how current policies should be reformed to promote the use of green infrastructure, and why such reform is needed to protect the state’s water resources.  The state’s leading technical experts on stormwater management – such as the Rutgers Water Resources Program – fully agree that green infrastructure is the solution.  Rutgers has been helping communities like Camden, and the towns served by the Passaic Valley Sewerage Commission, to install rain gardens and other pilot projects, and to evaluate opportunities for more comprehensive green infrastructure investments.

DEP has provided some financial support for these sorts of voluntary green infrastructure efforts – but the time is now for more aggressive action, to carry out DEP’s legal responsibility to protect New Jersey’s water resources.  The agency has started down this path with draft permits to reduce raw sewage overflows in urban centers like Camden, Trenton, and Newark, which are triggered when excess storm runoff enters overburdened sewers.  Those permits, prompted by a lawsuit from NY/NJ Baykeeper and Hackensack Riverkeeper, are an important step forward.  But most of the state is covered by a separate set of rules.  The petition we filed today spells out, in detail, how DEP’s those rules come up short, and how the agency can learn from best practices around the country to reform them and become a true leader in green infrastructure and clean water.